This paper describes the design, operations, and performance of the Multi-site All-Sky CAmeRA (MASCARA). Its primary goal is to find new exoplanets transiting bright stars, $4 < m_V < 8$, by monitoring the full sky. MASCARA consists of one northern station on La Palma, Canary Islands (fully operational since February 2015), one southern station at La Silla Observatory, Chile (operational from early 2017), and a data centre at Leiden Observatory in the Netherlands. Both MASCARA stations are equipped with five interline CCD cameras using wide field lenses (24 mm focal length) with fixed pointings, which together provide coverage down to airmass 3 of the local sky. The interline CCD cameras allow for back-to-back exposures, taken at fixed sidereal times with exposure times of 6.4 sidereal seconds. The exposures are short enough that the motion of stars across the CCD does not exceed one pixel during an integration. Astrometry and photometry are performed on-site, after which the resulting light curves are transferred to Leiden for further analysis. The final MASCARA archive will contain light curves for ~70 000 stars down to $m_V$ = 8.4, with a precision of 1.5% per 5 minutes at $m_V = 8$. 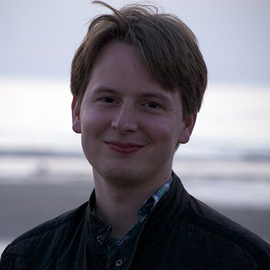